Skip to content
Hey yall welcome back to my blog!  This week has honestly been pretty less productive in terms of my work I must say. I don’t know if it’s just me (which I think probably is) or the stuff that I’m working on is pretty tough. Hmm.. Anyway,  it’s time for JULY BOOK REVIEW.
And oh,  just so you know,  I’m typing this in the dark because I just put my girl to sleep and I’m super lazy to get to my desk and switch on my laptop.  They say,  as ideas pour out it’s best to quickly grab a pencil and in my case, a smart phone does great! At least I get to write things up here straight away.
So here goes.  Earlier this year I aimed to read and blog at least 1 book every month that’s how the READINGS category started. As for this month, I read a book that I bought two years back at Langkawi Airport while on my way home from a field trip.
The book cost me Rm35 and I gotta be honest that I only buy it because of the title. I was a little astonished as I laid my eyes on it because it sounds quite intimidating.
Out of curiosity I grabbed this book and headed to the cash counter.  Read a few pages while waiting to check in but unfortunately,  I didn’t get the gist.  Oh I was about 6 months pregnant with Nuwayrah so maybe my poor health condition contributed to my inability to digest even the acknowledgement. =P
As I reached home,  I tried reading it again hoping that the book answers my inquiry but to no avail.  I thought the author was talking bad about my religion. Frustrated,  I kept it in my mini library and never bothered to read it again, to a point where I stored it in a box together with the other old books.
But this project brought me to dig the book again and to my surprise,  I understood the point that the author is trying to convey in just one read!
What Fuller brought forward in this book is that people from various parts the world have been on war by making use of religions. Fuller posits that clashes on the basic concepts between Christianity, Islam and Judaism (the three main religions that he focuses on) had already happen thousands of years back since Christianity was born and it continued as Islam got into the picture.  So had Islam not been born disagreements between Christianity and Judaism even on the role of Jesus would still continue.
Fuller also denotes that the crusades war which has been known for the disagreements between Christianity and Islam originally occurred between then Orthodox and Roman Catholic so even if Islam doesn’t exist,  war would still happen. Of course,  this is an oversimplified statement of the series of the war but you could always get a copy of this book in the store to get his detailed arguments.
Fuller further concludes that the war, sentiments and clashes that have been going on since thousands of years back are for the benefits of the political bodies that ride on religions. Apart from that, he also brings forward several suggestions to handle the current turmoil especially pertaining to the Middle East which I found very interesting. Among those are, only the Arabs are to settle their dispute, without intervention from anyone.
And I personally recall a lot,  through this book,  about Islamic history. Fuller is also able to mention and quote from several Islamic heroes such as Umar al-Khattab (who demanded protection for all religious centres as he conquest Jurusalem around 637 CE), Salahuddin al-Ayyubi and of course Prophet Muhammad.
I am amazed by his unbiased opinions and justifications to explain the facts of so many clashes that history could record.  This is a book that explains from the very beginning of the birth of the mentioned religions to how disputes began to happen, and even offers recommendations to put a halt to the political unrest between the countries.
So if you’re a History geek,  this is your book. 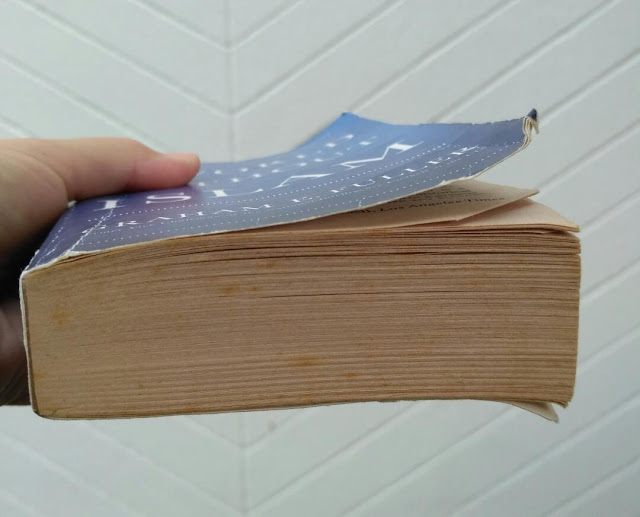 But if you’re still taking baby steps to develop reading habit,  like me,  then this book is quite text heavy. 360 pages. But the size ain’t that big.  You could still give it a try though. Because the way the author synthesizes and justifies his points is super amazing.  He worked with the CIA and live in the middle east in his youths before so that explains his deep knowledge in politics and how religions play its role in it. 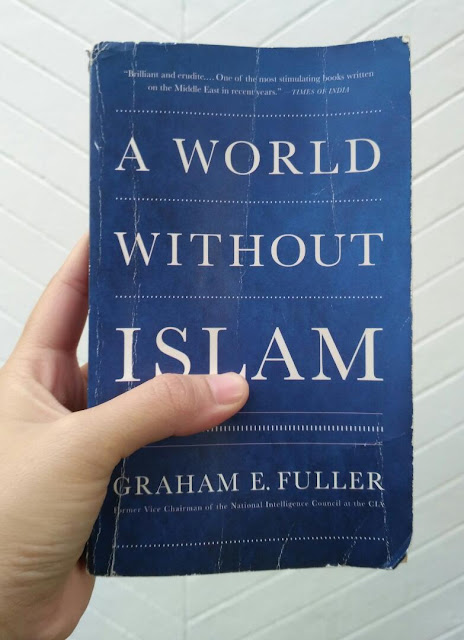 So ya.  Here’s to the next book! I have just started reading the first few pages!