Skip to content
I love love love my sisters God knows how much.  We had bad days,  we argued,  we faught,  we diasagree,  we parted ways but at the end of the day, we still live under the same roof and we share the same Mak and Bapak.

When my oldest sister bear her first child we all got excited for her.  Of course everyone did because her baby is Atuk and Nenek’s first darling cucu.

So us,  the younger sisters have been quite a support system for her in terms of helping out with her son,  Zayd,  who turns 10 today.  (I didn’t help much I admit.  I have never been a maternal person)

And over the years,  as each of us bear our own child one after another,  motherhood has brought us even closer than we thought it would.

We,  who used to lend a hand to kakak,  because she was going through a helluva Housemanship year while having Zayd and was being pregnant with Maryam, began to enjoy the fruit of our labour when we now rely on Zayd and Maryam to play with their younger cousins so we can catch our sanity again. Hehe.

Thank you abang and kakak 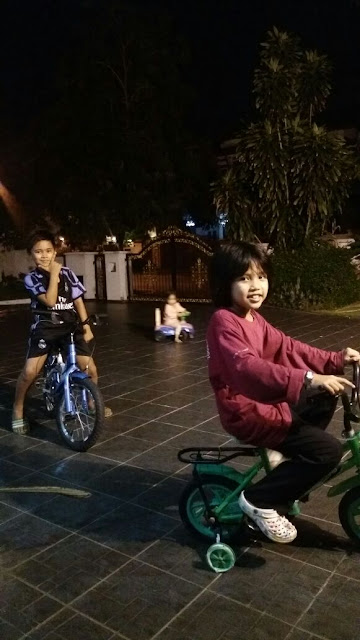 I am so glad that Allah bestowed upon me my two sisters whom I always refer to for almost everything.  Parenthood, relationship and stuff.

And I am so blessed to have abang Zayd as my nephew who is a 10-year-old boy today! So this blog post is to wish you Happy 10th Birthday Abang Zayd. Maksu love you so much! Grow up and be a successful, excellent man in both worlds ya.  Ameen.

Hi, I’m Zayana, a doctoral researcher based in Kuala Lumpur, the heart of Malaysia. As a survivor of Post-partum Depression, I blog about motherhood to the next level because mothers deserve continuous support and motivation. So subscribe to my blog and stay connected as modern moms!